Domestic brick-and-mortar retailing achieved a small increase of one percent in 2018, but this does not come close to the increase from 2017 (+ 2%).

The reason for this is not only the general economic development but also the strong increase in the online business, which grew by 4% in Austria.

The winners were the home improvement and DIY sectors with + 5.1% as well as the sporting goods trade; the losers were the electrical appliances, computers and shoes and leather goods divisions. After a slight increase in 2017, the Textile Division again suffered a minus of 1.1%.

Nominally, sales in the first quarter of 2019 only increased by 0.3%, but this is mainly due to the fact that Easter was celebrated in the second quarter this year. Interesting is the strong increase in February in the amount of 2.4%. Assuming a stable economic development, this allows the conclusion to be drawn that turnover in the stationary retail sector will end 2019 with a slight plus.

However, demand for retail space has declined significantly in recent years, with uncertainty playing a major role in how the market will continue to develop. On the other hand, the demand for catering space has risen sharply. Where small and medium-sized retailers were once represented, new space is being created for the gastronomy.

The inner city can still defend against the general trend of falling rents, this is mainly due to the strong tourism (2018 was again a record year) owed. The luxury segment in particular benefited from the rapidly increasing tourism from Asia. Also interesting are the new lettings, on the one hand Chanel cosmetics and Huawei in Kärntner Straße and Gucci on Kohlmarkt. Gucci has secured additional space on the Kohlmarkt due to the strong growth in sales.

Despite the positive development, the trend of slightly falling rents will also affect Vienna’s city center in the future.

In general, it should be noted that retail rents on Mariahilfer Strasse have come under strong pressure, demand is generally declining and this is affecting the space segment over 500 m2 to a large extent. In Germany, traditionally a more volatile market, there has already been a decline in prime rents of around 30-40% in the high street area. It is likely that this trend will continue in Austria in the long term.

Favoritenstraße is the most important shopping street in Vienna’s most populous district. The entire area has benefited from the construction of the main railway station as well as the various housing projects such as the Sonnwendviertel. The extension of the subway has had a very positive effect, there are also some new projects that will upgrade the middle part of Favoritenstrasse, but rents have already come under strong pressure.

Shoppingstreets in the federal states

Shopping streets in the federal states

In Linz, the country road continues to develop sideways, there were hardly any notable lettings, but turnover remains stable for the time being.

The inner city of Graz is fighting against the excess of shopping center areas, which means rents in Graz are likely to decline slightly. There were hardly any well-known lettings.

In Salzburg, the demand for space in the city center is still present, which is due to the high purchasing power and tourism. 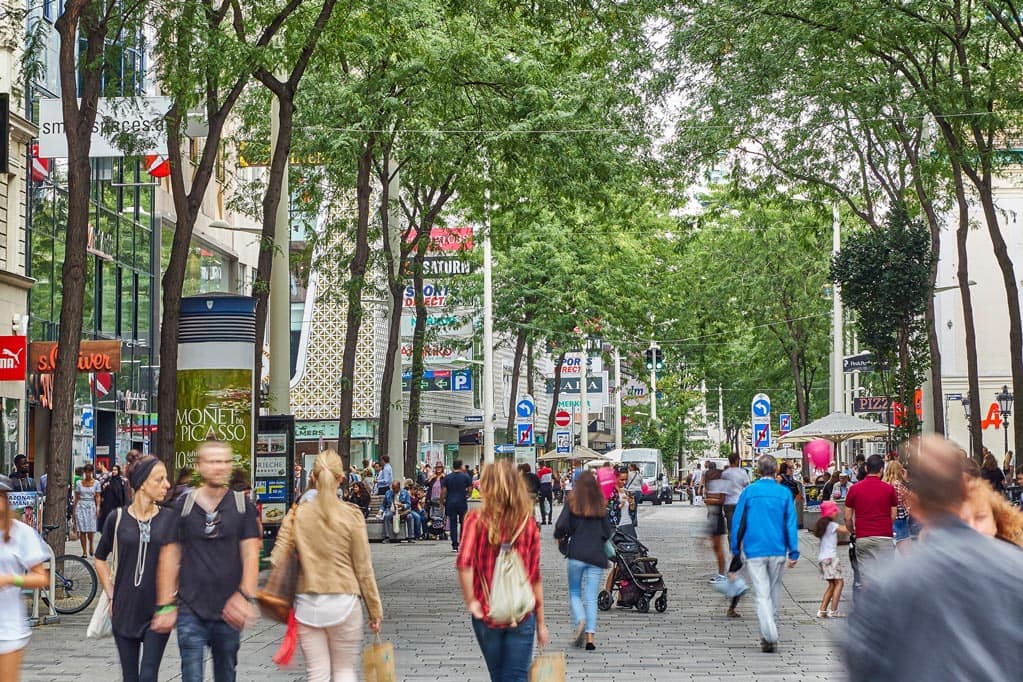