HIGHSTREET RETAIL AGAIN IN PLUS!

The turnover of the stationary retail for the whole of 2019 shows a fundamentally positive development. Revenues rose by a nominal + 1.3% to € 73.2 billion (gross incl. VAT) compared to 2018, and revenue growth was also higher than in 2018. This slight growth seems to be the first sign that highstreet retailing could perform better compared to online than in 2018.

If you look at the development of sales in different industries, there are three areas that could develop strongly: the trade with construction and DIY supplies (+ 2.8%), cosmetic products (+ 2.7%) and the trade with food (+ 2.2%). The losers are trade with shoes and leather goods (-1.4%) and other retail (-0.9%). The textile retail sector was able to increase sales by 0.4% – in the previous year there was a minus of 1.4%. It is also interesting that the trade with electrical products was able to achieve a slight increase of 0.2% for the first time in two years.

The food trade, as the sector with the highest turnover, is mainly responsible for the positive development in stationary retail.

Outlook into the future

According to the McKinsey State of Fashion Report 2020, retailers will have to adapt massively to the changed situation in the future. On the one hand this concerns the topic of sustainability and on the other hand the topic of omnichannel. Industry forecasts predict that 100% of growth in the U.S. apparel market will be due to omnichannel sales over the next three years.

The store of the future will be completely different from today’s stores: with consumer-oriented displays, augmented reality, thermal imaging technology and personalized offers, the shopping experience will come to the fore. 73% of customers expect that they will pay the same prices in all channels. According to the report of McKinsey: “When executed effectively, this can turn stores into havens that make customers feel at home – or give customers the freedom to engage from home”

But what does that mean for the real estate industry? The technical requirements for the shops will be higher, the area sizes will partially reduce and theabsolute top rents tend to only be achieved in the luxury segment, which currently hardly seems to be affected by online business.

The inner city can still defend itself against the general trend of falling rents, this is mainly due to the strong tourism (2019 was another record year with + 6.8% overnight stays in Vienna). The luxury segment in particular benefited from the rapidly increasing tourism from Asia. However, there were only a few exciting new rentals in 2019: Guess took over the shop from Huawei and Ray Ben opened a mono-brand shop. Both rentals took place on Kärntner Straße. Rimowa and Zilli have rented new space in the Golden Quarter.

Despite the positive development, the trend of slightly falling rents will also affect Vienna’s city center and especially the side locations in the future, except for areas in the best locations.

H&M opened the new flagship store and Hervis took over the shop from Jack & Jones.

However, it should be noted that the subletting of spaces from 1,000 sqm upwards is becoming increasingly difficult, as retailers are rarely looking for such spaces. If you take a closer look at the demand, the sought after spaces on Mariahilfer Strasse should have a size between 200-500 sqm, both in retail and in gastronomy.

Favoritenstrasse is the most important shopping street in Vienna’s most populous district. Basically it has developed positively from the frequency. There are also numerous new developments and refurbishments that are currently being completed. Due to the extension of the subway and the developments around the main train station, a further increase in frequency can be expected. Due to the low expansion activity of the international chains, however, Favoritenstraße as a secondary high street is currently not in their focus.

Shopping streets in the provincial capitals

Graz, the second largest city in Austria, has the highest density of shopping centers, which put the city center under considerable pressure. There were therefore hardly any significant new rentals.

In Linz the Landstrasse continues to develop sideways. The Arkade Taubenmarkt will be completely renovated, which should have a lasting and positive impact on the Landstrasse location. It can therefore be assumed that sales will remain stable until the new opening.

Due to the strong tourism and the limited space available, rents in Salzburg remain relatively stable. 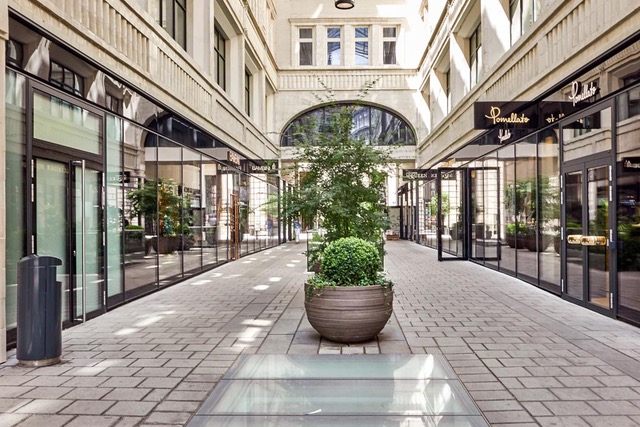